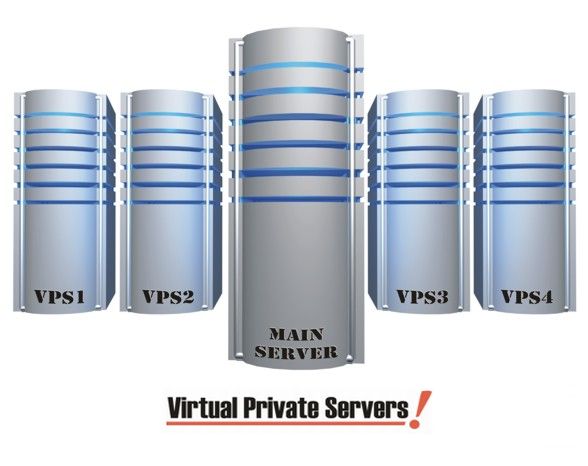 it is time to explain some differend between some differend vps software for windows and linux
first of all , you got differend virtualitation software that is used to make vps servers
so you got like virtuozo and like xen and openvz
here are the explanations of what each do and what makes them special

On most CPUs, Xen uses a form of virtualization known as paravirtualization, meaning that the guest operating system must be modified to use a special hypercall ABI instead of certain architectural features. Through paravirtualization, Xen can achieve high performance even on its host architecture (x86) which is notoriously uncooperative with traditional virtualization techniques.
On x86, the Xen host kernel code runs in Ring 0, while the hosted domains run in Ring 1 or Ring 3.

Both Intel and AMD have contributed modifications to Xen to support their AMD-V and Intel VT architecture extensions.These technologies, while differing quite substantially in their implementation and instruction sets, are managed by a common abstraction layer in Xen and enable unmodified guest operating systems to run within Xen virtual machines, starting with Xen 3.0.
This has been a significant development because it allows proprietary operating systems (such as Microsoft Windows) to be virtualized since the guest systems kernel does not require modification when the host runs on Intel VT or AMD-V hardware.
Hardware assisted virtualization offers new instructions to support direct calls by a paravirtualized guest/driver into the hypervisor, typically used for I/O or other so-called hypercalls. It also provides additional execution modes: "root mode" and "non-root mode". Both of these modes have Rings 0-3; the Xen host operates in root mode and has access to the real hardware, while the unmodified guest operates in Rings 0-3 of non-root mode and its "hardware" accesses are under complete control of the hypervisor.
Xen-HVM has device emulation based on the QEMU project to provide I/O virtualization to the VMs. Hardware is emulated via a patched QEMU "device manager" (qemu-dm) daemon running as a backend in dom0. This means that the virtualized machines see as hardware: a PIIX3 IDE (with some rudimentary PIIX4 capabilities), Cirrus Logic or vanilla VGA emulated video, RTL8139 or NE2000 network emulation, PAE, and somewhat limited ACPI and APIC support and no SCSI emulation.
As of Xen 3.0.2, the list of supported unmodified guests is limited to certain versions of Windows (incl. XP) and Linux.

Known limitations of Parallels Workstation, as of August 2009, include the following:

OpenVZ compared to other Virtualization Technologies

OpenVZ is not true virtualization but really containerization like BSD Jails. Technologies like VMWare and XEN are more flexible in that they virtualize the entire machine and can run multiple operating systems. OpenVZ uses a single patched Linux kernel and therefore can run only Linux. However because it doesn't have the overhead of a true hypervisor it is very fast and efficient. The obvious big disadvantage is the single kernel. All virtual servers have to be happy with the Linux kernel version that the host runs on.
The advantages however are that memory allocation is soft in that memory not used in one virtual environment can be used by others or for disk caching. So if a gig of ram is allocated but not used then it is available to others. OpenVZ uses a common file system so each virtual environment is just a directory of files that is isolated using chroot. Thus a virtual machine can be cloned by just copying the files in one directory to another and creating a config file for the virtual machine and starting it.